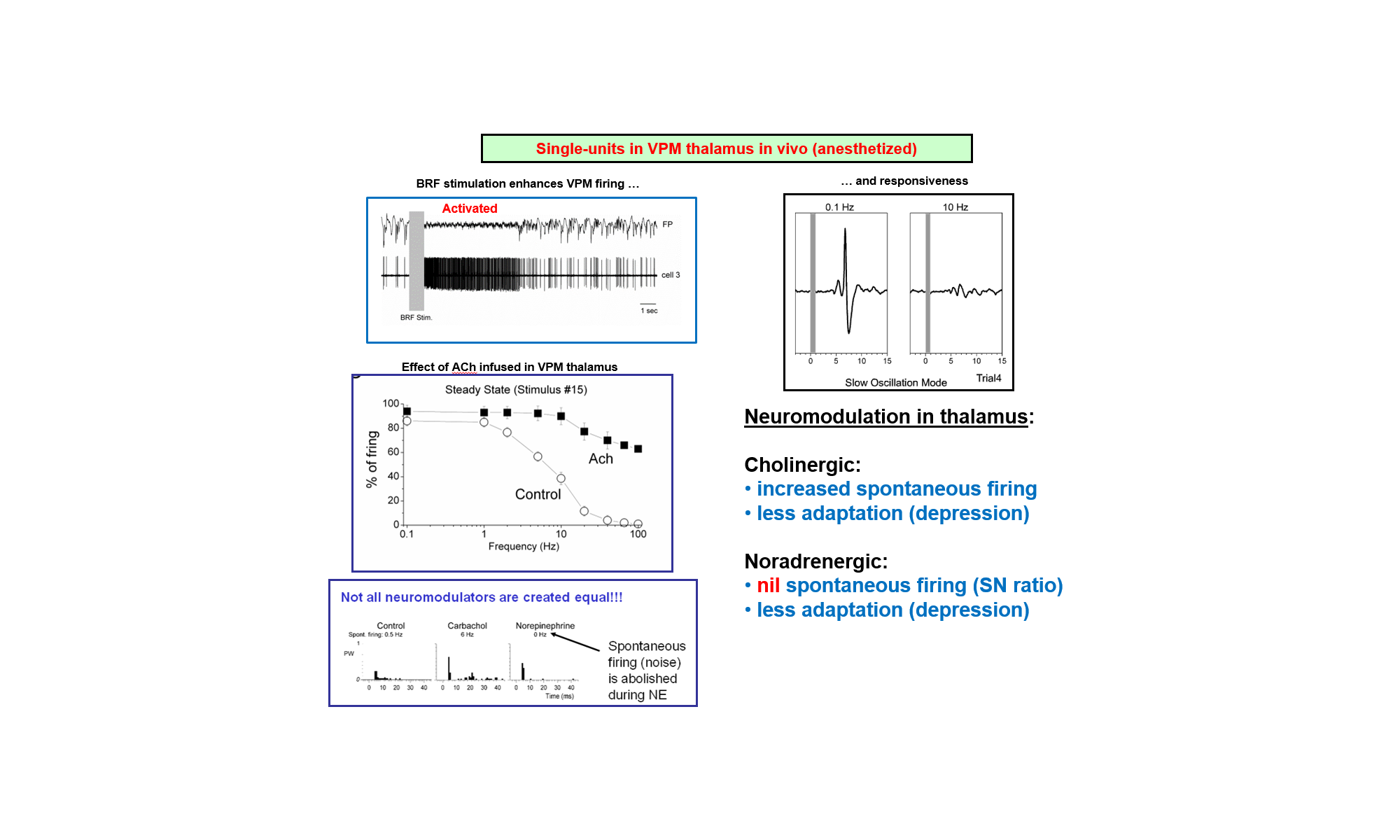 Thalamocortical neurons in sensory thalamus are sensitive to state