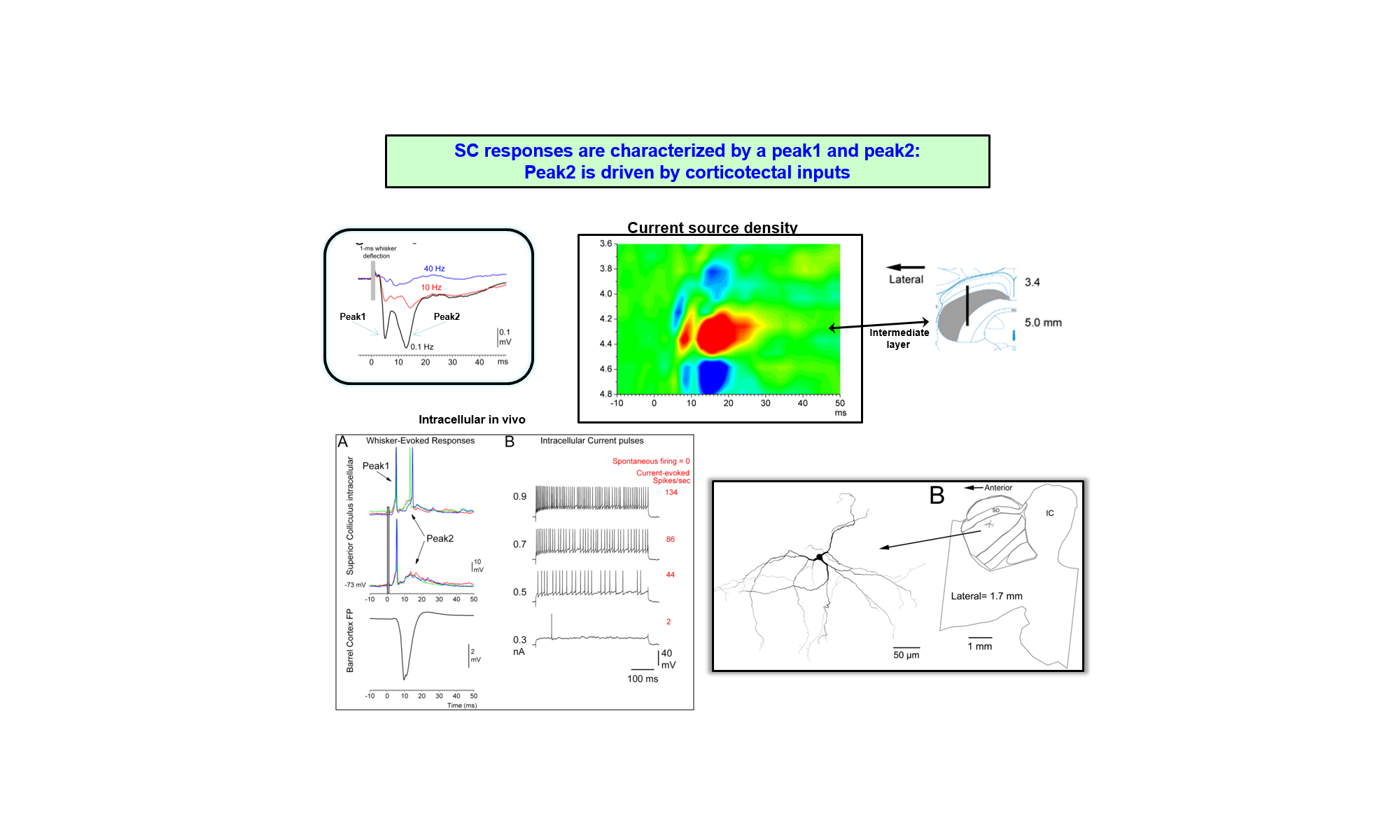 Recording from superior colliculus in freely moving rats we discovered that cells change their activity quite a bit depending on animal state and behavior.  This is shown in the following image. Note how the firing of the recorded cell varies depending on what the animal is doing and as the animal transitions between states. [SWS, slow-wave sleep; AWIM, awake-immobile; ACEX, active exploration]